I thought I would share the results of the “test” from Friday’s (August 25) heavy rainfall. Over the past two weeks, we have installed a material along the face of the rear greenside bunker on #12 and the Fairway bunker to the right on #18. Here is visual proof that it worked.

The image below is one of the bunkers in front of #12 green, with erosion of sand down into the bottom of the trap that is now full of water 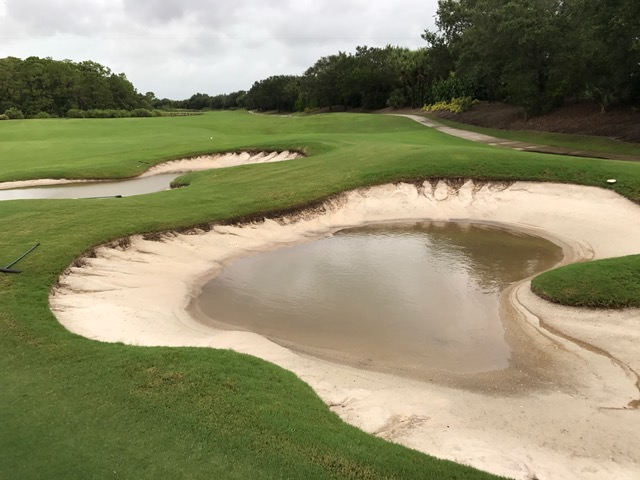 The image below, featuring its new bunker material, was unfazed by the rain event. 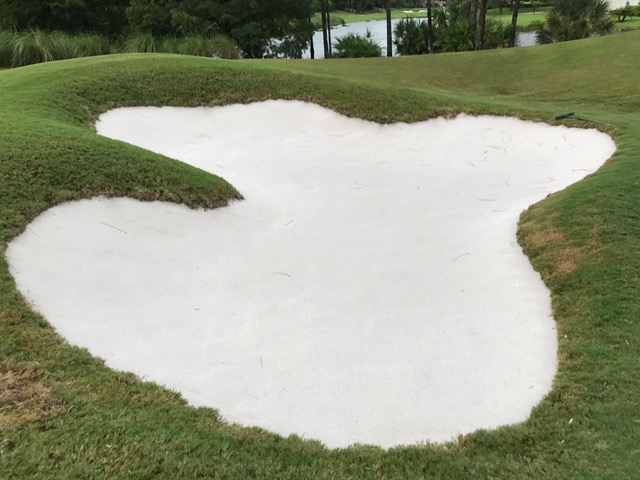 The image below is the fairway bunker on #18 . While a couple areas along the face show small patches of erosion, the vast majority of the hazard remained intact. Normally, this would be in the worst condition on the golf course.  Now it is one of the best.

The plan is to begin a program of installing Bunker Solutions material to the face of all the greenside bunkers, and likely all fairway bunkers as well, depending on the cost, priority, available labor, time of year, and Board approval. The beauty of this system is that it can be installed by our own crews, as opposed to specially trained installers for the other products. And the best part….it’s considerably less expensive than any of the previous options!

The attached photos were just taken this morning after 3 ½ inches of rain here at Spring Run. This was a very good test of the Bunker Solutions System that we have installed in 2 traps already. The photos show you what the bunker on hole 18 looks like compared to the green side bunker on 18 which is much less severe a slope as the right side fairway bunker with the new system installed. These are pictures Vince Corso took to show the effect of erosion on bunkers and soft paths following these rain events.

The images shows the amount of water in the cart path just before the hole 17 tee box. It is 6” deep and flowing. 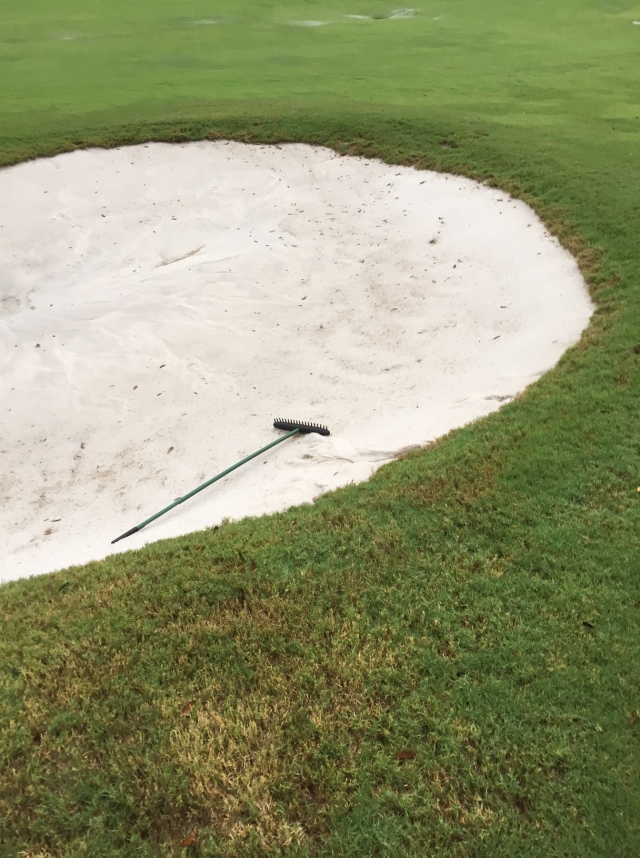 The image below shows how far the water in the pond next to the 18th hole is out of its banks. 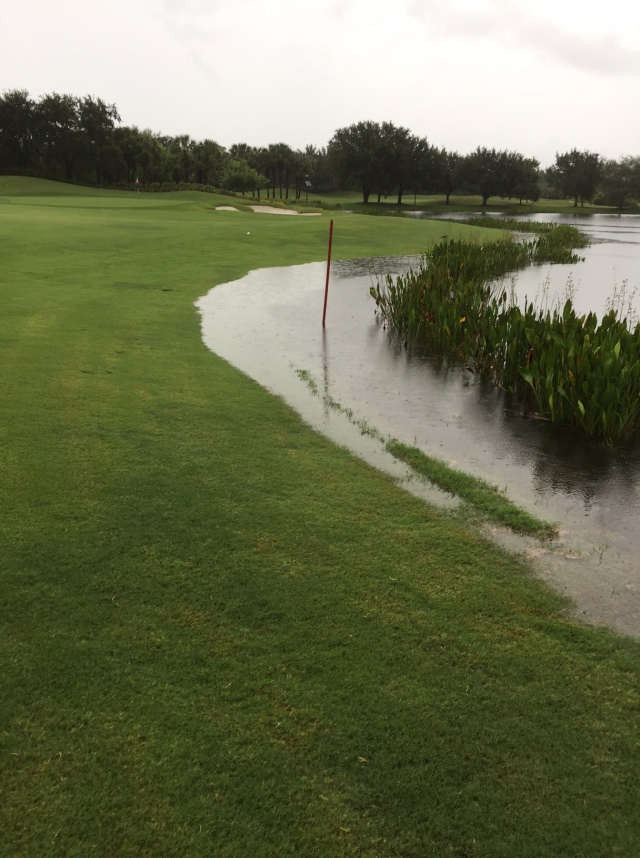 The images below show the damage to the bunker on hole 18 which is relatively flat as compared to the fairway bunker. 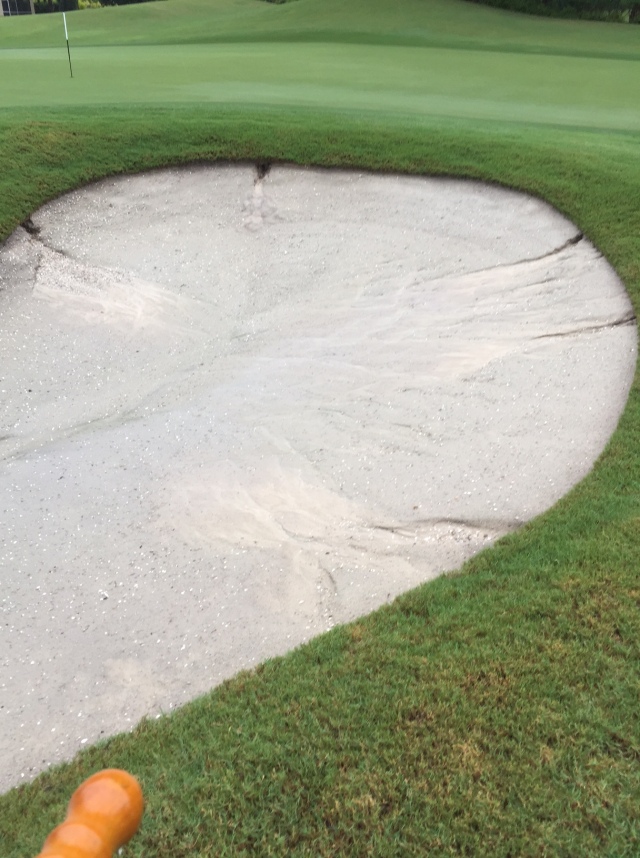 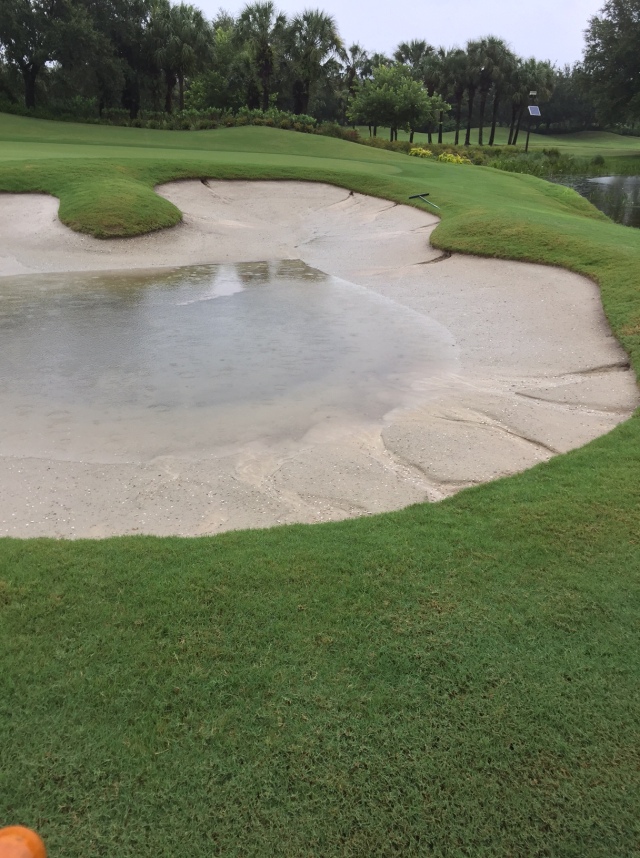